Have you ever been telling your friend about a yoga class you took and been annoyed when their response was “I just don’t think yoga is a real workout”. Well so have we, and we 100% attribute it to people not fully understanding the small intricate movements that force them to work a lot harder in each pose.

Our pose breakdown series shows a visual of the big cues you should be focusing on, as well as highlighting the benefits and risks of the featured poses. Feel free to share with your skeptical friends to help them advance their own practices. 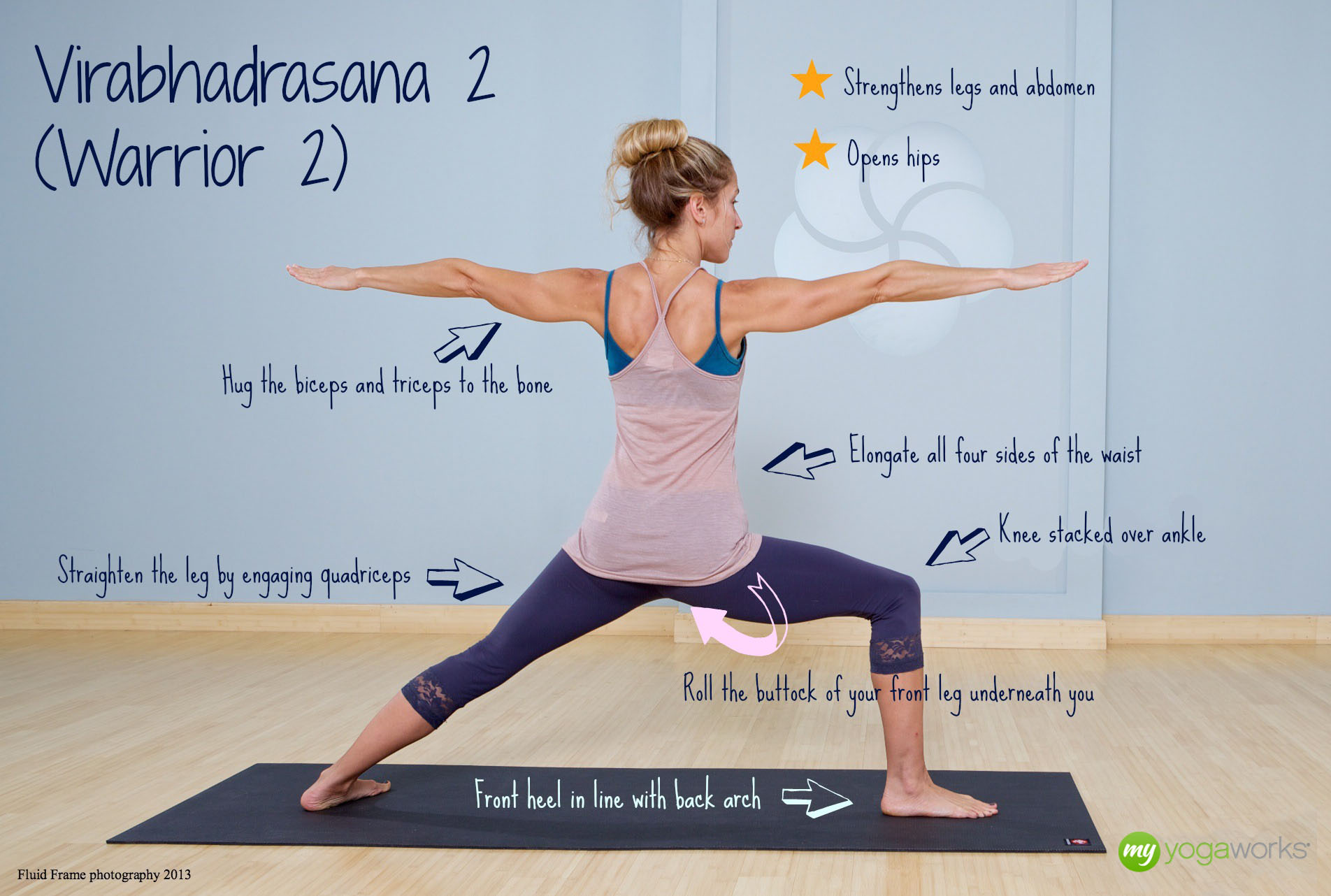 We thought Virabhadrasana 2 (Warrior 2) would be a great pose to start our series with. Vira 2 (Fierce Warrior incarnation of Shiva) has a ton of major benefits.

Secondly, an area often  overlooked is the shoulders, arms and triceps.  If you are constantly hugging your biceps and triceps to the arm bone you will start to feel major burn in just a few short breaths.

Many of the mistakes we see beginners make are as follows:

2. The front knee placement is often not in line with the second toe (buckling inwards) as well as the knee extending beyond the ankle (this is sometimes caused by the stance being to narrow – focus on widening the stance and making a right angle with your front knee and ankle)

3. The buttocks protruding back – we often see beginners poking their but out instead of firming the buttock of the front leg and pulling it underneath the body.

Warrior 2 is a pose that shows up in both beginners and advanced sequences. Learning the important movements will help you focus, feel grounded, calm, and more confident in your practice.

Follow our series to see more of “Breaking down the Pose”.