We recently partnered with YOGANONYMOUS to giveaway a YogaWorks teacher training in one of 8 incredible destinations. We’re thrilled to share the below post from our winner, Isabel Pennings, who’s headed to Hawaii in July! We are inspired by your journey, and incredibly proud to support you on your path. Congratulations Isabel!!! 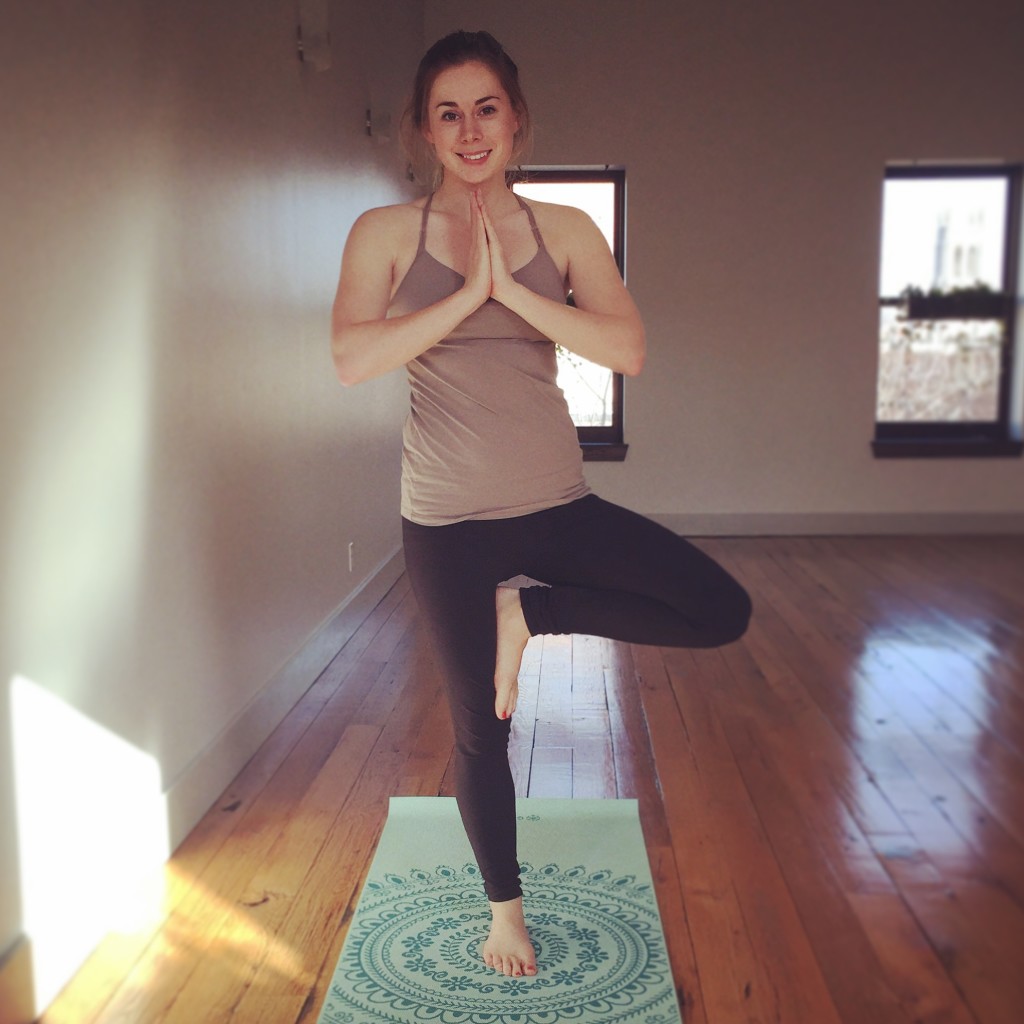 I’ll be honest. When I first received the news that I won the YogaWorks destination teacher training, I was driving my car and talking on the cell phone. I now fully understand the importance of the laws prohibiting this behavior – I was shaking so much it was hard to hold on to my steering wheel! I promptly called my mom and boyfriend, but luckily for all of the other drivers on the road, they didn’t answer. When I got home, my roommate Madeline was sitting at our kitchen table. I thought I would be able to calmly tell her what had happened, but to my surprise, I immediately started screaming like I hadn’t since the Backstreet Boys dominated Billboard’s Top 40.

I’d like to preface my thank you to YogaWorks for this state of excitement with a few words about what yoga means to me. I’ve been practicing yoga regularly ever since my college swim coach recommended it as a way to rehabilitate my knee after surgery four years ago. During this time, I’ve grown in my practice and, through the help of some amazing teachers (shout out to Terri at Garden Street Yoga in ID and Karin at Return Yoga in MN!), have made yoga a permanent part of my life. Yoga has become not only a way to improve my strength and flexibility, but also a way for me to deal with personal anxiety and depression.

Becoming a yoga teacher has always been a personal goal of mine, but I hadn’t committed to a program because of other pressing needs (read: I still can’t handstand and have an electric bill that needs to be paid). Lately, though, I’ve come to terms with my lack of handstand skills and am more than ready to share the gift of yoga with others. This contest win could not have come at a more perfect time in my personal yoga journey! Winning this contest will also positively impact my other 175 better halves: my students.

Currently, I am a high school teacher in urban Maryland, right outside the city borders of Washington, D.C.  I love my job, and I will tell that to anyone who asks. I’ll also tell them that it’s the hardest thing I’ve ever done. When you teach in an urban school, you’re often not only a teacher, but a counselor, personal chauffeur, mentor, disciplinarian, coach, and advocate for your kids. Teachers and administrators alike are stressed and exhausted. Winning this teacher training was such a huge validation of the work that we’re doing. I am so grateful to YogaWorks for reminding me that my job is important, even by the standards of people that don’t necessarily see my coworkers and myself in our daily grind.

Having the option to choose between eight awesome locations was a little overwhelming, so I based my choice on two criteria: flexibility with my work schedule and amount of SUNSHINE. Growing up in the northern U.S., I know that sunshine is a precious, yet fleeting gift. The idea that I will be in a Hawaiian paradise in a few short months is nearly unfathomable, as the entire city of Washington is currently shut down due to snow.  I don’t think it will seem real until I’m standing on the lava rock of the Big Island with my own two feet!

I intend to use the knowledge I gain from this training to bring yoga to my school and its surrounding community. I already have ideas for starting a yoga club at the high school, as well as offering much-needed yoga classes to the teachers, administration, and support staff. I am SO EXCITED! Thank you, YogaWorks, for supporting my dream and for supporting my kids.