I remember when I finished my ISHTA/YogaWorks 200hr yoga teacher training at what was then Be Yoga (now YogaWorks) in NYC. I was in love with everything about the community, and my heart opened in a way that it had never opened before. I felt like I belonged – deeply, truly, madly belonged to a tribe of conscious yogis/yoginis, artists and lovers. The love of the practice, acceptance and effort to meet people exactly where they were and help them heal and grow. I was growing and it felt amazing.

Some said I had drunk the Kool Aid. There were voices of unrest as the studio had just been purchased by the big (and some believed bad) company YogaWorks, which Be Yoga founder Alan Finger helped found many years prior in LA before leaving to start Be Yoga in NYC. People were fearful of what this “corporate” yoga would create. There was negative talk and some even jumped ship. However, my teachers Alan Finger and Jean Keorner were very welcoming to these new yogis. No one was forcing them to sell – it was a help and something to be celebrate. If they felt that way, then I felt that way too.

At the end of our training Jean said to our group, “Consider the benefits of digging a deep well. Instead of running all over the place digging shallow holes, dig a deep well where you are sure to find abundant water and draw from this vast well of yogic wisdom and lineage of great yogis who have come before you.” My eyes twinkled with desire, excitement and determination. I was going to dig a deep well. 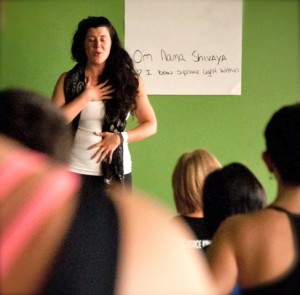 I wanted the collaborative stable platform of YogaWorks, and I could see the opportunities of contentment and success. In my minds eye I could see my years of hard work and community ahead, and I decided then and there that I would become an ISHTA and YogaWorks teacher (which meant much more training), and that hopefully I would one day teach teachers to be teachers as well! I saw myself having children and living a satisfying life where I would have time to cultivate my kids and train new yoga teachers to go out and help change the world.

In my view, no yoga is bad yoga; all yoga is good yoga and the more people who have developed their own tools of ahimsa, satya and santosha the better. I saw it from my souls vision to manifestation. I gave myself tirelessly to learn yoga, tantra and skills of healing self-accountability. The YogaWorks teachers and trainers who came to reside at our studios were amazing and full of great depths of wisdom and kindness. I swept asana room floors, folded blankets, checked in students, helped sign up students as a Yoga Advisor, and eventually became Teacher Manager for the then 5 NYC YogaWorks studios all while I refined my teaching, subbed and then eventually had my own classes. I was dazzled by the rolodex of amazing teachers that I was in association with – it blew my little yogini mind. The level of care and integrity of the trainers and management was so inspiring to me.

When I moved to LA in 2006 big with baby in my belly, I was welcomed with open arms by the extended YogaWorks family. I quickly found a place there teaching and helping at my neighborhood YogaWorks on Larchmont Blvd. I felt truly seen, valued and supported. There were subtle differences in region and community, but the essence was the same – yoga works for every body whether it is with a full Hare Krishna Bhakti or in the rotation of the arm bone in the shoulder socket in down dog to stabilize the shoulder joint. 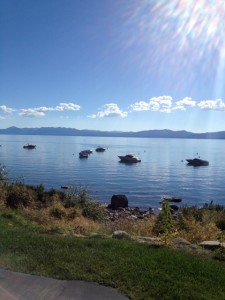 When I moved to the bay area a few years later, the small group of us who came to the bay from YogaWorks connected person by person and uplifted our new community with the culture that came from the other regions – dare I say directly from the Santa Monica mother-ship. Those more senior to me saw me, cultivated me and to this day I continue to grow in my third region. As it is a culture of exceptional integrity to raise the waters so all the boats lift, I am seen, valued and supported.

I recently wrote a book, and the rallying of my SF bay area, LA and NYC YogaWorks tribe has deeply touched me. I have grown from a trainee/studio volunteer, to a staff teacher and behind the scenes support, to a teacher mentor, senior teacher and (if possible) a celebrated author.

Dig a deep well in a spot you know there is water is the best advice I have ever taken, and in turn shared. The ground may change as you go deeper (soil, clay, shale, etc) but keep going and you will drink from abundant waters of sustainable support. 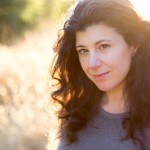 Melanie Salvatore-August, E-RT 500 | RPYT is a YogaWorks Teacher Trainer, Teacher Mentor, ISHTA 500hr Teacher, Birthing Coach and CTA-Yoga-based Life Coach. She is the Author of Kitchen Yoga; Simple Home Practices to Transform Mind, Body and Life released April 2015 by Yellow Pear Press. Her next book FKit: Turn Fear to Love will be released Autumn 2016. She is the creator of FK FierceKindness.org, a nonprofit movement of non-violence and yoga anti-bullying for adults and kids. She is a Lululemon ambassador and happily lives with her husband and 3 little boys on their family homestead in the SFBay. Find out more at melaniesalvatoreaugust.com, FierceKindness.org, and on Facebook at FierceKindness and MelanieSalvatore-AugustYoga.