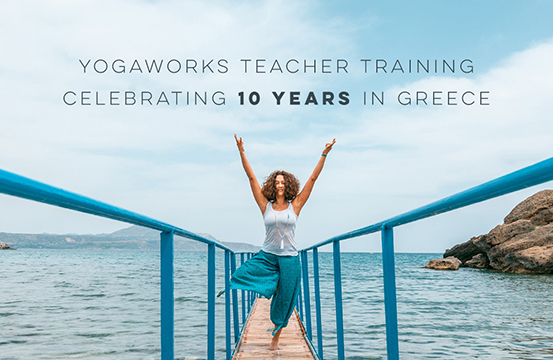 YogaWorks entered the Greece market 10 years ago with our first teacher training hosted at Grafts Fitness School in Athens.

After 5 years with Grafts, we expanded the program to Thessaloniki and most recently Cyprus. The program has more than 1,500 graduates teaching all throughout Greece and parts of Europe.

How It All Began

I had been living in Los Angeles for many years when I decided it was time to return home to Greece. In the transition from being a student and basketball player in the US, I found my love for yoga. It helped my body heal and gave me a sense of clarity and direction in my life that I’d been seeking. I knew when I returned home to Greece I wanted to share that gift with my people.

Yoga wasn’t very popular in Greece 10 years ago. Many gyms or personal trainers offered it, but they weren’t well-educated on the practice of yoga, sequencing a class or proper alignment. Most of their knowledge came from yoga DVDs.

Initially, I wanted to share the YogaWorks methodology so Greece could have qualified instructors. However, I quickly realized that a support system was needed for our graduates. We offered a sense of community where graduates could share friends, space, processes, progress and concerns. This is such an important system to have not only while you’re going through teacher training, but also to carry on afterwards. Their journey is just beginning and this community gives them the space to collaborate and continue their growth as teachers and people.

The YogaWorks Greece branch hosts 2-3 trainings per year in Athens, Thessaloniki and Cyprus.

What’s Next for YogaWorks Greece?

YogaWorks Greece is quickly becoming the central hub for YogaWorks in Europe. The community is adding continuing education workshops, trainings and retreats to support the growth of the European market.

I recently started a collaboration with fellow YogaWorks Senior Teacher Trainer and well-known instructor David Kim to offer destination trainings in Paros island as well as other locations.

We also collaborate with Holmes Place, a high-end sports club, to host the trainings throughout Greece and hope to add more at some of the club’s 97 locations throughout Europe.

I can’t wait to see where the next 10 years takes YogaWorks Greece.

About the Author: Anna Zorzou 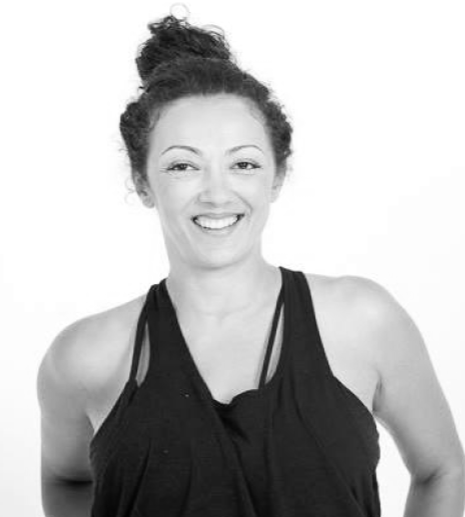 After a ten-year career as a professional basketball player, I was looking for an alternative way to work through physical injuries and I was introduced to yoga. It started from healing my body and my mind followed. The journey into self-exploration and realization has been an amazing one. I love the practice of yoga and the path to living yoga.